“This is perhaps the most impressive seminar I have ever attended. The passion of those in charge together with their expertise, tact, people skills and organization and planning that went towards the whole academic experience was wonderful. Field trips happened at perfect intervals, readings were appropriate and meaningful, presenters were top notch.”

Architectural and object-driven explorations at the museums of Deerfield and the region will demonstrate ways in which material culture illuminate the study of colonial history. Walking tours and field excursions throughout the week will assist Summer Scholars in understanding the geographical setting for the events and themes that they are exploring.

Small group sessions will include primary-source-based investigations, first person narratives from a variety of perspectives, and artifact analysis. An examination of English and Indigenous lifeways will include the lifeways of English men, women, and children living in Deerfield in the early 18th century, as well the lifeways of the Wôbanaki, Wendat, and Kanienkehaka peoples involved in the raid. The varied experiences of captivity will also be explored.

Sunday- An Introduction to “Place” 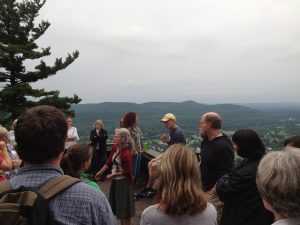 An early evening gathering at the summit of Mount Sugarloaf provides stunning, panoramic views of the broad agricultural landscape of the mid-Connecticut River Valley that people have called home for over 9,000 years. In this landscape colonial peoples lived on the edge of empire. At this place we can imagine small English settlements nestled by the Connecticut River on ancestral Wôbanaki (Abenaki/Pocumtuck) homelands, attracted by what is to this day prized as some of the world’s most fertile soil. The view to the west encompasses much of the Pocumtuck homeland where generations planted, fished, and gathered, and where they traded with European newcomers- Dutch, English, and French.

Summer Scholars will receive an introduction to the multicultural social, political, and economic context that placed Deerfield at the crossroads of international conflict at the turn of the 18th century. Beginning with an overview of the Raid of 1704 and its tactical elements, Professor Evan Haefeli (Texas A & M University) will address the roots of the conflict that involved English, French, Kanienkehaka (Mohawk), Wendat (Huron), and Wôbanaki (including Pocumtuck) people and will explain how the raid was part of an ongoing struggle for domination of North America between 1675 and 1748. This centuries-old European rivalry helped to fuel parallel wars with the Wôbanaki and alliances with the French among northern Kanienkehaka and Wendat peoples. 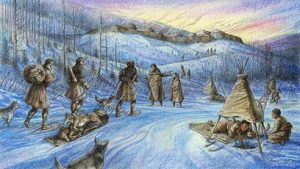 Professor Marge Bruchac, of Abenaki descent, is an Associate Professor of Anthropology and Coordinator of the Native American and Indigenous Studies Initiative at the University of Pennsylvania. Professor Bruchac will provide an overview of early Wobanaki history, emphasizing cultural practices, territorial relationships, and political alliances that marked the Indigenous peoples of the Northeast as separate but related nations and cultures. Discussion of 17th century Indigenous lifeways in the Connecticut River Valley will help participants better understand local First Nations perspectives that shaped their interactions with Europeans, including Metacom’s (King Philip’s) War. This session will provide teachers with insights that will be useful in constructing more accurate and nuanced understandings, as alternatives to inaccurate stereotypes of Native peoples. Discussion will include Wobanaki perspectives on oral traditions; sustainable lifeways; territorial conflicts; family and kinship; and shifts in regional survival strategies in the decades before and after 1704.

Evening Program: Voices from the Past: First-Person Narratives of Deerfield Captives

Summer Scholars will enjoy a group dinner followed by first-person narratives of three Deerfield residents taken captive in the 1704 raid. Discussion following the narratives will include the research process and sources that inform the creation of these living history programs, and the challenges and opportunities of first-person presentations in the classroom for developing historical thinking skills. 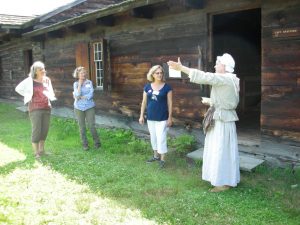 The day begins with an introduction to the discipline of historical archaeology by Dr. Kevin McBride (Associate Professor of Anthropology at the University of Connecticut.) He will also lead a hands-on analysis of artifacts recovered from the 1676 Battle of Great Falls at Peskeompskut in tandem with documentary evidence. Such artifacts reveal the nature and extent of the 6-mile battlefield as well as English and Native tactics and weapons.

Summer Scholars and staff will then travel by bus to the Peskeompskut archaeological site in Turners Falls/Gill which, for generations was a gathering place where Indigenous peoples fished at a large waterfall on the Connecticut River. In 1676, during Metacom’s (King Philip’s) War, the Native people suffered devastation in a pre-dawn attack by the English militia from Deerfield on Peskeompskut, with 300 elders, women, and children killed. This brutal attack was one of several that left a legacy of hostility among First Nations peoples, setting the stage for the raid of 1704. Dr. McBride, Peskeompskut Site Archaeologist, assisted by the site’s project director, David Brule, will provide an overview of the project- a collaboration of 6 Indigenous nations, recently funded by the National Park Service. We will next proceed to the nearby ancient encampment of Wissatinnewag, where we will traverse the rugged landscape along a trail believed to be an original Indigenous pathway. Here, Dr. McBride, David Brule, and others will share highlights of the site and what it reveals about the lives of First Nations people at this time.

Our final stop will be The Fort at No. 4, a living history site at a restored English fortified settlement in Charlestown, New Hampshire. This was one of a line of forts constructed to defend English settlements from attack by the French and their Indigenous allies in the decades following the Raid on Deerfield. Wendalyn Baker, Fort Director, will share insights into the frontier experience for civilians living in a fortified community, as well as strategies for using historical sites to teach the colonial period.

Professor Joanne Melish, (University of Kentucky, Emerita) will explore categories of unfreedom in the complicated social landscape of early New England. She will discuss early enslavement of Indigenous people in New England as a result of 17th century conflicts with European settlers; the emergence of the Atlantic slave trade, the arrival of enslaved Africans in New England, and resulting North American and global commercial relations and competitions. The lives of Parthena and Frank, an enslaved couple known to be living in Deerfield in 1704, bring this topic to life.

Evening program: An Evening in a Colonial Tavern 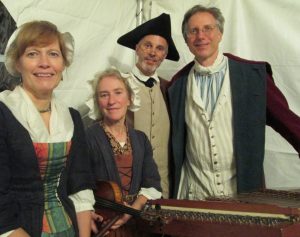 Teachers will gather in a colonial tavern for an evening of period music, song, and dance. The evening begins with an exploration of the integral role of the tavern in colonial communities through an examination of period artwork and the rules and regulations governing this important town institution. This brief session will be followed by live colonial music, song, and dance (for those who will; instruction provided).

Professor Ann M. Little (Colorado State University), author of The Many Captivities of Esther Wheelwright, will share her research on Esther Wheelwright, who, in 1703 was captured at the age of seven from her home in Wells, Maine. She was first adopted into an Abenaki family, then spent time with a wealthy Quebec family, and eventually joined an order of Ursuline nuns and became their Mother Superior. Professor Little will also discuss the meaning and legacies of this event into the present day.