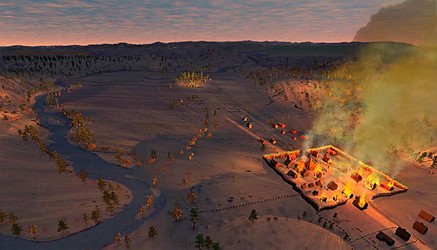 The pre-dawn raid on Deerfield, Massachusetts in February 1704.Illustration by Will Sillin

During a memorable three-hour span in the early 1700s, the town of Deerfield, Massachusetts, stood at the center of the struggle to control the North American continent. To travel back in time early on the morning of February 29, 1704, would be to encounter the flicker of flames and smell of smoke and gun powder; the air would be filled with a cacophony of French, English, and Indigenous voices mixed with battle sounds, cries of despair, and of triumph. French, English, Indigenous, and African American men, women, children, soldiers, ministers, farmers, and traders…. all were there on that fateful day. By mid-day over 70 residents and attackers were dead; while 112 men, women, and children were being hurried out of the burning village by their French and Native captors. The 1704 Raid on Deerfield is a doorway to a fascinating and important part of American history. It was an event rooted in religious conflicts, personal and family retribution, alliance, and kinship ties. The raid and the colonial world that produced it, helped to create a distinctive American identity and world view that became a backdrop for the American Revolution.

The Colonial Period through an International Lens

The 1704 Raid on Deerfield was an important episode in Queen Anne’s War (1702-1713), part of a global contest as England and France vied for control of the Spanish crown and its empire. It was a significant event for British colonists and for First Nations communities who had long called this region their home. Economic, political, and religious competition and cooperation played key roles in the colonization of North America. This was an era of shifting alliances as well as conflicts, ranging from trade disputes, to raids and the taking of captives, to whole-scale war and policies of extermination. It was through the experiences of living on the edge of empire that Americans forged a distinct identity that would play an important part in their decision to create their own unique nation. 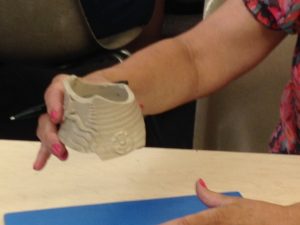 Presented by the Pocumtuck Valley Memorial Association’s Deerfield Teachers’ Center in collaboration with leading faculty and historic sites, the Living on the Edge of Empire workshop places the 1704 Raid on Deerfield in the broader context of the history of colonial New England. Workshop scholars will explore global issues while also considering ways in which this history can offer a compelling entry point for teaching the complexities of the early American colonial period and the many cultural groups who comprised it –First Nations, enslaved Africans, the French and English settlers. Living on the Edge of Empire is constructed around a series of essential, thematically based questions: