About PVMA and the Deerfield Teachers’ Center 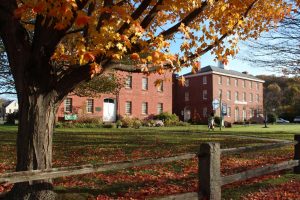 The Pocumtuck Valley Memorial Association (PVMA) was named for the Pocumtuck people who first lived in this area and upon whose homeland the organization resides. The PVMA opened its Memorial Hall Museum in 1880 to gather and preserve the region’s history and to memorialize the lives of their ancestors, particularly those involved in the 1704 Raid on Deerfield. Memorial Hall is one of the oldest museums in New England and has an extraordinary collection of historic maps, art photographs, furnishings, textiles, and Indigenous artifacts dating from pre-Contact (12,000 BCE) to present, many of which are considered national treasures. A remarkable feature of its collections is the depth of documentation of its art and artifacts and their interrelation with journals, maps, manuscripts, and other archival sources in its library which links surviving material culture to specific individuals and locations. Such links provide immediate, visceral connections to the people who owned and used them as they lived on the edge of empire. For example, the Chauk deed establishing the English claim to this territory but retaining communal Indigenous use can be examined alongside the early proprietor’s map which subdivided the land among private owners. A tin-glazed earthenware plate given to a young woman by her father on her marriage is tangible evidence of settlers’ connections to European economy and culture. 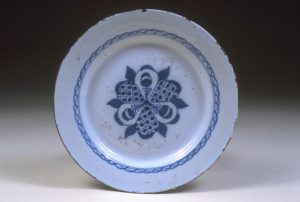 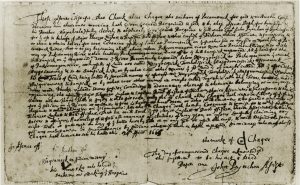 PVMA’s Indian House Children’s Museum, housed in a reproduction of a home that survived the 1704 raid, is a resource for modeling hands-on activities. The organization’s history websites are a valuable resource for teachers and students. American Centuries, www.americancenturies.mass.edu, the award-winning education website, includes several thousand artifacts and historic documents in a digital archive designed for use in the K-12 classroom. Raid on Deerfield: The Many Stories of 1704,  1704.deerfield.history.museum, has received widespread acclaim for its approach to conveying multiple perspectives of a contested historical event. The Deerfield Teachers’ Center offers American history resources (over 2,000 books, CDs, DVDs, periodicals, lessons, and kits), a fieldtrip program of hands-on activities at the Indian House Children’s Museum and Memorial Hall Museum, and in-classroom visits. The center has offered many teacher seminars and after-school workshops through nine years-worth of Teaching American History grant projects and a Picturing America grant.