Living on the Edge of Empire faculty include leading scholars with extensive experience in working with K-12 educators. PVMA’s Raid on Deerfield: The Many Stories of 1704  has received widespread acclaim and awards for its approach to conveying multiple perspectives of a contested historical event. The Living on the Edge of Empire director and scholars were instrumental in creating this site. Workshop scholars will benefit from PVMA staff’s considerable expertise in colonial history and lifeways in a museum setting as they lead additional sessions, integrate material resources including a variety of primary sources into K-12 instruction, and assist scholar teams in developing their lessons.

“The visiting faculty was excellent – very knowledgeable and approachable” 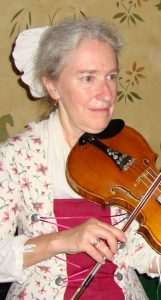 Lynne Manring will present small-group sessions, a first-person narrative, and will lead the lesson creation strand of the workshop. Lynne is a Deerfield Teachers’ Center historian and the Project Director for this program. She was a member of the team who created PVMA’s award-winning Raid on Deerfield: The Many Stories of 1704 website. 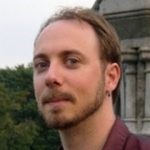 Professor Evan Haefeli (Texas A & M University) is the co-author of Captors and Captives: The 1704 French and Indian Raid on Deerfield. He is the foremost authority on interpreting the Raid on Deerfield and the colonial frontier in their global and colonial context. He will be presenting on both the raid and its context in the struggle for domination of North America and on the Indigenous, English, and French peoples who were involved.  http://https://history.tamu.edu/haefeli-3 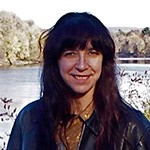 Professor Margaret Bruchac (University of Pennsylvania), a scholar of Abenaki descent, specializes in Northeastern Algonkian Indigenous histories, with a particular focus on oral traditions, material culture, and museum representation. Bruchac’s research has been supported by fellowships from the Ford Foundation, School for Advanced Research, and the American Philosophical Society, among others. She is a regular presenter in Deerfield, offering cultural insights and nuanced understandings of Native relations to the local landscape. Photo by Marge Bruchac.
http://sarweb.org/scholar/resident/2011-2012/margaret-m-bruchac 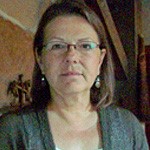 Professor Joanne Melish (University of Kentucky Emerita) is recognized as a leading authority on slavery and early African American experience in New England. She is the author of Disowning Slavery: Gradual Emancipation and ‘Race” in New England, 1780-1860. She has received several awards, among them a National Endowment for the Humanities Fellowship, and has reviewed numerous books by colleagues in her field. Professor Melish is actively involved in public history and education, and to that end has served as a consultant historian to the Brown University Steering Committee on Slavery and Justice and to the Rhode Island Council for the Humanities. She has also been a presenter and scholar at many conferences for educators and museum goers throughout New England. 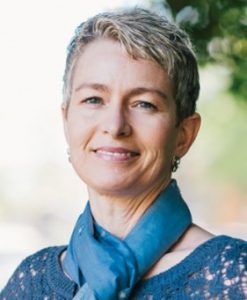 Professor Ann M. Little (Colorado State University) is the author of the award-winning The Many Captivities of Esther Wheelwright and Abraham in Arms: War and Gender in Colonial New England. She has held fellowships at the Newberry Library, the Huntington Library, and the Massachusetts Historical Society. Professor Little specializes in the history of women, gender, and sexuality. She has appeared on the TLC show “Who Do You Think You Are?” twice.
http://https://history.colostate.edu/author/amlittle/

Professor Kevin McBride (University of Connecticut) is head of the Mashantucket Pequot Museum & Research Center’s Research Department and oversees field study programs on the Mashantucket Pequot Reservation for graduate students. He directs all ongoing archaeological excavations and ethnohistorical research for the Tribal Nation. He is currently an associate professor in anthropology. 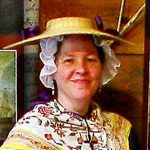 Wendalyn Baker, Director, The Fort at No. 4, Charlestown, New Hampshire. The Fort at No. 4 is a living history or open-air museum set on the edge of the Connecticut River. Occasionally referred to as “Stevens Fort” on period maps, the museum replicates the original core of settlement of Plantation No.4. Within the stockade village, the museum provides a glimpse into the daily lives of colonists working to survive on the northwesternmost edge of the Massachusetts Bay Colony. 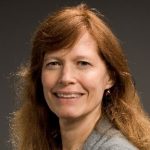 Barbara Mathews is Historic Deerfield’s Public Historian and Director of Academic Programs. She has collaborated on several award-winning history websites, including PVMA’s Raid on Deerfield: The Many Stories of 1704. She will introduce the material world of Deerfield residents in the early colonial period. https://www.historic-deerfield.org/sfp-faculty