Living on the Edge of Empire: Alliance, Conflict and Captivity in Colonial New England

An NEH Landmarks of American History and Culture Workshop for Teachers held in Deerfield, Massachusetts

Depending on public health guidelines related to Covid-19, plans for a residential offering are subject to change.

Safety guidelines are liable to change as well, depending on what the state of Massachusetts and the Centers for Disease Control and Prevention recommend when the Living on the Edge of Empire workshops are to be held. Detailed guidelines (as of November of 2021) are in the “Creature Comforts” section of this website.

“One of the best NEH programs I’ve attended… It was incredibly well thought out, effectively presented, and enlightening.”

Presented by the Deerfield Teacher’s Center of the Pocumtuck Valley Memorial Association, the Living on the Edge of Empire workshop places the 1704 Raid on Deerfield in the broader context of the history of colonial New England. To learn more about the time period, see our website:  Raid on Deerfield: The Many Stories of 1704 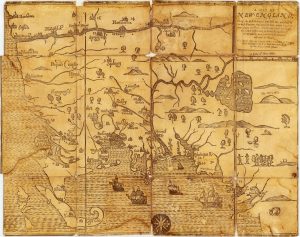 For a century from 1660 to 1760, the bucolic New England village of Deerfield was a crossroads where differing visions and ambitions of diverse Indigenous nations and European colonial empires interacted peacefully and clashed violently. During a memorable three-hour span in the early 1700s, the town stood at the center of the struggle to control the continent. To travel back in time early on the morning of February 29, 1704, would be to encounter the flicker of flames and smell of smoke and gunpowder; the air would be filled with a cacophony of French, English, and Indigenous voices mixed with battle sounds, cries of despair, and of triumph. French, English, Native Americans, Africans, men, women, children, soldiers, ministers, farmers, and traders….all were there on that fateful day. By mid-day over 70 residents and attackers were dead; while 112 men, women, and children were being hurried out of the burning village by their French and First Nations captors. The 1704 Raid on Deerfield is a doorway to a fascinating and important part of American history. It was an event rooted in religious conflicts, personal and family retribution, alliance, and kinship ties. The Raid on Deerfield and the colonial world that produced it helped to create a distinctive American identity and world view that became a backdrop for the American Revolution. 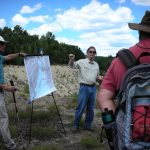 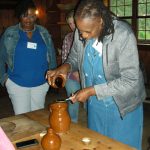 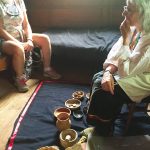 Workshop scholars will explore global issues while also considering ways in which this history can offer a compelling entry point for teaching the complexities of the early American colonial period and the many cultural groups who comprised it- First Nations, enslaved Africans, the French, and English settlers.

PVMA’s Deerfield Teachers’ Center has delivered high-caliber American history and humanities content to over 1000 educators. Our programs delve into topics presented by leading scholars in combination with sessions assisting teachers to integrate historical and cultural understandings into engaging and meaningful K-12 lessons.

Teachers who request them will be awarded approximately 37 CEUs (PDPs in Massachusetts) at the end of the week.

For those interested, the workshop can be taken for three graduate credits through Westfield State University for a fee of $315. Application forms will be given to participants upon arrival at the workshop.

We invite you to come to Deerfield, Massachusetts, to explore the rich colonial history of the region through interactions with landscape, objects, images, documents, and living history. Join us as we study together the shared experiences of “living on the edge of empire” and consider the role those experiences played in helping to forge a distinctly American identity, and, ultimately, a new nation. We look forward to meeting you! 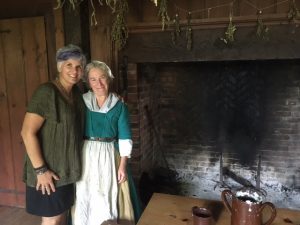 Any views, findings, conclusions, or recommendations expressed in this program do not necessarily represent those of the National Endowment for the Humanities.